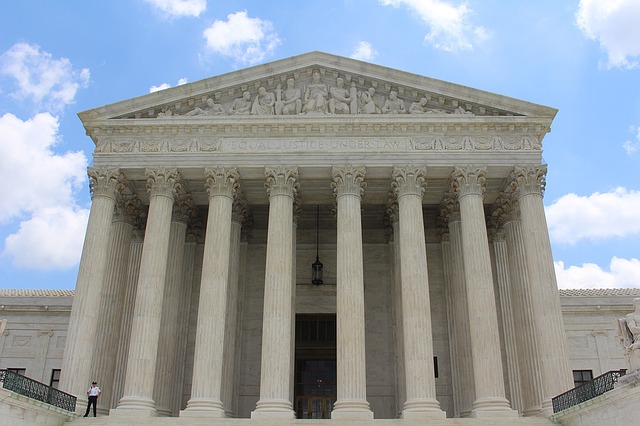 The Supreme Court, ruled on March 6, 2017 in the case of Pena-Rodriquez v. Colorado, that where a juror makes a clear statement during deliberations indicating that he or she relied on racial stereotypes or animus (hostility) to convict a criminal defendant, the Sixth Amendment guarantee of trial by an impartial jury allows the court to determine if the defendant’s rights were violated. With this decision the Court has created a constitutional exception to the evidentiary rule prohibiting a juror’s testimony after trial disclosing improper juror considerations during deliberations (no-impeachment rule) in cases where clear racial bias is evident.

The jury convicted the defendant of harassment and unlawful sexual contact. Following discharge of the jury, two jurors told defense counsel that during deliberations juror H.C. had expressed anti-Hispanic bias toward the defendant and his alibi witness. They stated that juror H.C. made numerous statements of bias such as, “I think he did it because he’s Mexican and Mexican men take whatever they want and H. C. further pronounced that, in his experience (in law enforcement), ‘nine times out of ten Mexican men were guilty of being aggressive toward women and young girls.’” The trial judge allowed defense counsel to present juror affidavits of these facts during a hearing for retrial.  The judge acknowledged the apparent bias based on defendant’s Hispanic background but refused to grant a new trial because Colorado’s no-impeachment rule does not recognize evidence of racial bias as one of the rule’s exceptions. The ruling was upheld on appeal in the Colorado courts and was then appealed to the U.S Supreme Court.

The Supreme Court stated in past decisions that the purpose of the no-impeachment rule is to promote full and vigorous discussion by jurors and provide assurance that after being discharged jurors will not be summoned to recount their deliberations or be harassed. The Court notes that currently at least 16 jurisdictions recognize an exception to the no-impeachment rule for evidence of racial bias during deliberations. Justice Kennedy, writing for the five to three majority, states that “It must become the heritage of our Nation to rise above racial classifications that are so inconsistent with our commitment to the equal dignity of all persons.”  The opinion further states that, “racial bias, unlike other misconduct in past cases, implicates unique historical, constitutional and institutional concerns and, if left unaddressed, would risk systemic injury to the administration of justice” and is “antithetical to the functioning of the jury system.”

This case is significant not only because it establishes a constitutional exception to the no-impeachment rule for racial prejudice, but, in doing so, it reaffirms the Court’s commitment against racial discrimination in the judicial system reiterating its prior pronouncement that, “discrimination on the basis of race, ‘odious in all aspects, is especially pernicious in the administration of justice.’”

Justice Alito, dissenting, expresses concern that the majority’s holding cannot be limited to evidence of racial prejudice alone and therefore should be rejected. He writes that the Equal Protection clause of the Constitution would arguably open the door for attacking verdicts where evidence of juror bias is clear based, “on any suspect classification…such as national origin or religion, …sex…or the exercise of the First Amendment right to freedom of expression or association.” He may be right. The idea of purging discrimination from jury verdicts in the criminal trial system may become contagious.